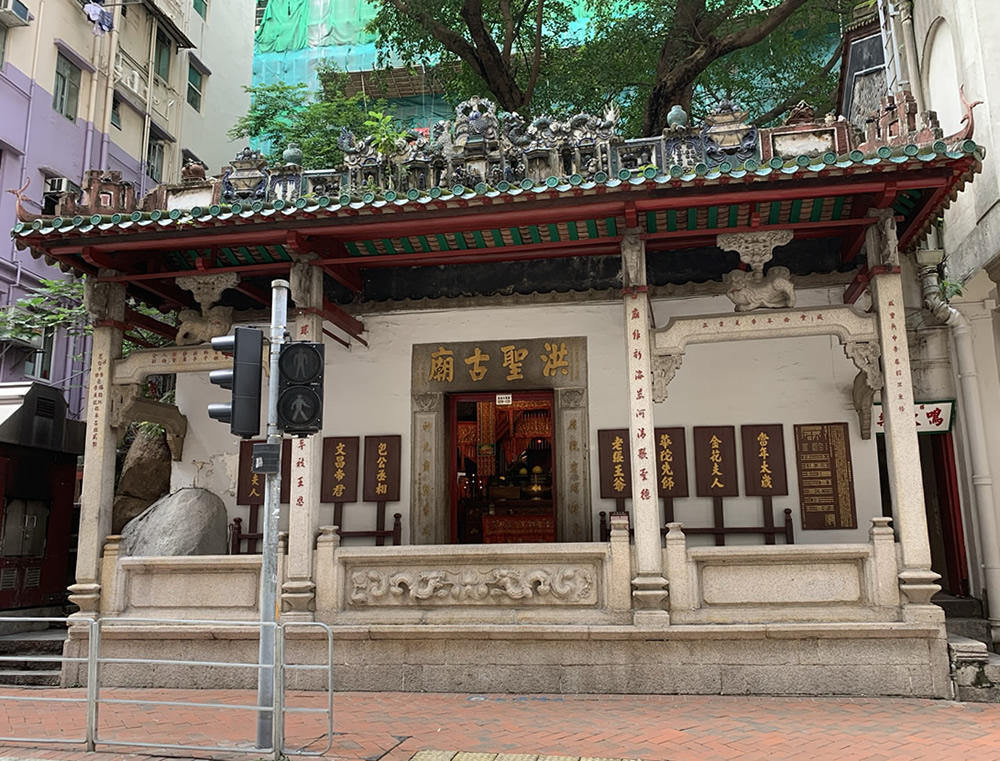 Built likely before 1847, Hung Shing Temple, Wan Chai at Queen’s Road East is simply built on large boulders against the rugged terrain behind, which used to overlook the waterfront. After land reclamation projects for over a century, the Temple is now surrounded by buildings.

Hung Shing, also known as the “God of Southern Sea”, is a famous deity in Southern China. Hung Shing was conferred the title of the "King of Kwong Lee" during the Tang Dynasty (618 - 907) and was further honoured with a posthumous title of “King Hung Shing of Kwong Lee” in the Song Dynasty (960 - 1279). Followers worship Hung Shing to pray for safe voyage and good weather.

Apart from Hung Shing, Kwun Yum, Pau Kung, etc. are also enshrined at the Temple. Many worshippers visit the Temple on the 1st and 15th days of every lunar month and on Kwun Yum Festivals. Hung Shing Temple, Wan Chai was rated Grade 1 historic building in 2010.

To plan your journey to Hung Shing Temple, Wan Chai, visit the "HKeMobility" website (https://www.hkemobility.gov.hk) or mobile application developed by the Transport Department, insert your starting point and "129-131 Queen's Road East" as the destination to search for routes of different transportation mode. Alternatively, you may click the “Journey” button in the Google Map below.